Meet our panel of judges for this year's awards. The Rt Hon Stephen Timms is a Member of Parliament in the United Kingdom. Previously having served as the Shadow Minister for Employment from 2010 until September 2015, his current appointments include Labour Party’s Faith Envoy and a chair on the Exiting the European Union Select Committee.

Sir Iqbal Sacranie has been actively involved with the community by participating in many charitable initiatives for the last four decades, in the UK and overseas. He is motivated by his noble mission to ensure that faith-based and ethnic communities are treated fairly, equally and given due recognition for their contributions to society. 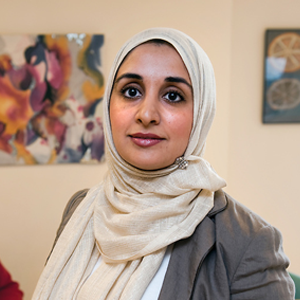 Nadeem Qureshi is the founder and CEO of USoft Solutions, a technology company based in London, revolutionising the tourism industry by providing end-to-end digital options. Haroon Sheikh is one of the founders of Caretech plc, where he also serves as the Chief Executive Officer. Haroon, a London University graduate, is one of the UK’s leading entrepreneurs, philanthropists and community leaders. Salma is a barrister specialising in international rule of Law.

She is a founder member and partner at INS Consulting Group which focus on a number of areas including strengthening workplace provision around faith awareness and skills development as well a providing legal solutions to clients in a range of areas both in UK and Europe and also the middle east and Asia and Africa as well as providing alternative dispute resolution services. Salma is an accredited mediator.

She has recently launched mymuslimbaby.co.uk; a one stop shop for muslim parents, and halal escapism, a travel blog for Muslim travellers. Dr Ahmad Makhdoom has been serving as the Regional Director for Muslim World League London Office (MWLLO - CIO) for over 10 years. Under his leadership, the MWLLO- CIO works towards serving the community and initiating constructive dialogue with various faith-based groups in the UK, focused at collaborations. Junaid Wahedna is the CEO and founder of Wahed Invest Inc. He graduated from the world-renowned Columbia University, where he studied at the Industrial Engineering & Operations Research Department. During his time at Columbia, he served as the Managing Editor of its prestigious academic publication, The Columbia Financial Review. 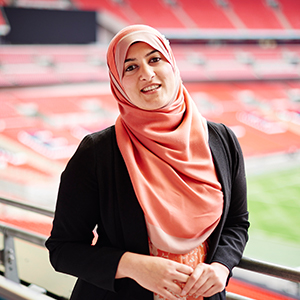 In 2014, Dr Rimla Akhtar MBE became the first Muslim and Asian woman to join the FA Council. In 2015, she was included in the FA's advisory board and was awarded an MBE for her contribution to equality and diversity in sport. She holds a portfolio of additional roles, including Independent Director of the Sports Ground Safety Authority and council member of the Institute of Chartered Accountants of Scotland.

Rimla has over 18 years of experience in the sports industry across the UK, Middle East and Asia. She is best known for her work as an inclusion and diversity specialist in sports, which led to her inclusion in the 2018 Forbes' global list of the Most Powerful Women in Sport. Adam Ismail Ebrahim is the Chief Executive Officer and Chief Investment Officer at the Oasis Group, a wealth management organisation he established in 1997, which has grown into a diversified and sustainable business in the regulated ethical investment space. Dr Waqar Azmi OBE has served as the UK Government’s Chief Diversity Adviser at the Cabinet Office and the EU ambassador for Intercultural Dialogue. In 2001 he became Managing Director at the world’s largest consultancy firm, TMP Worldwide Advertising and Communications and Monster.com and, chairman of Waterhouse Consulting Group in 2009. Azmi founded the British Federation of Racial Equality Councils, a UK body of racial equality councils and partnerships representing over 100 councils across England, Scotland and Wales. He also founded the think tank Race Equality West Midlands and the Herefordshire Equality Partnership. In January 2015, Azmi was nominated for the Spirit of Britain award at the British Muslim Awards. Rabia Bhatti is an International Government Consultant specialising in strategy, engagement and communications. Rabia serves as the Governor for the Buckinghamshire College Group and is also a member of the Buckinghamshire Grants Panel and Regional Board for 'Remembering Srebrenica'. Formerly one of the youngest elected female politicians in the UK, Rabia regularly contributes to both TV and press media.